Two years ago, the Chestertown Tea Party introduced the Edna Ross Award, to be given out for outstanding service for the community. The award was created to honor Mrs. Ross and all she had done for Chestertown. Last year the award was given to Lanny Parks, known for her years of service at the Compleat Bookseller. 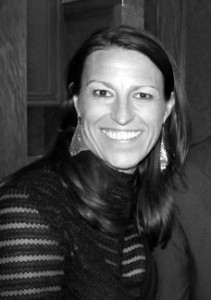 This year the award will be given to Lucia Foster, the Producing Artistic Director of the Garfield Center for the Arts.

Since her arrival at the Garfield in 2006, Foster has worn many hats while in the spotlight; she has been the executive producer, artistic director, and has headed up fundraising efforts. She acts, directs, and oversees the Playmakers’ Summer Camp.  And it is education where Foster seems to thrive. She taught high school drama and has lectured at the college level.

Now Foster works with a younger group of children (8 – 15 year olds) as she guides her Playmaker staff to educate local youth. Each summer the campers craft their shows during a 5 week period where they learn how to act, how to develop characters, and how to work together to create a unique final production; whether it is putting their own twists on an existing script or writing a play from scratch.

Foster works hard to bring the Arts to this community; whether it’s through adult programs that cultivate local playwriting or outreach programs in the schools. Foster’s dedication to her craft is noteworthy and has helped mold the Garfield into Chestertown’s Center for the Arts.